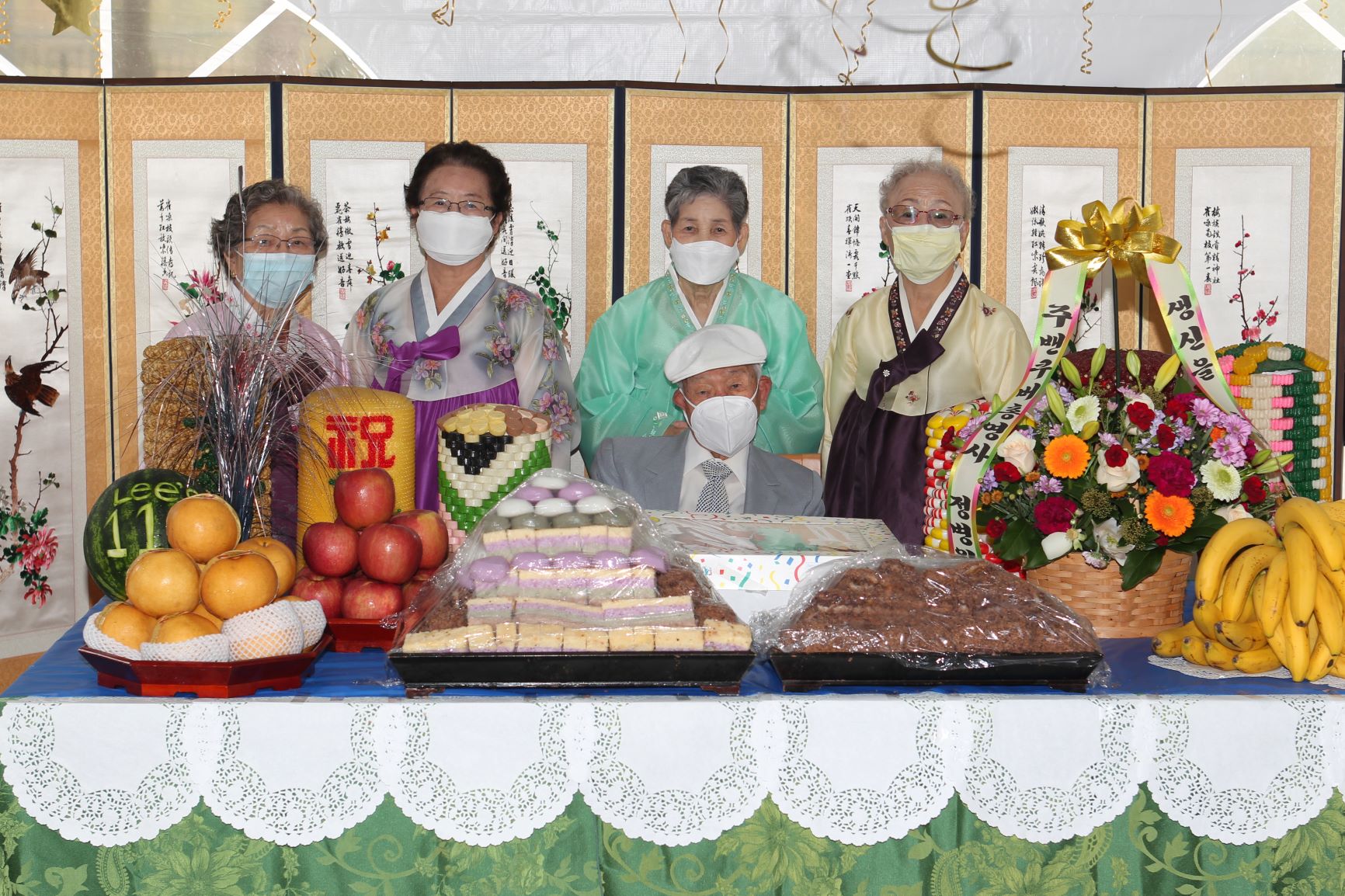 The oldest senior in Canada, Mr. Ja Hyung Lee, celebrated his 110th birthday at Amenida Seniors’ Community among his fellow residents and friends, political dignitaries, and the dedicated staff team.

In order to commemorate this special occasion, Dr. Peter Chung held a birthday celebration where MLA Harry Bains and MLA Anne Kang were in attendance. Premier John Horgan sent his official greetings and Senator Yonah Martin called in virtually through FaceTime, as she was unable to attend in person.

In addition, Michael Chang, ambassador of Seoul’s metropolitan council and member of the Multicultural Advisory Council of BC, delivered greetings from a number of mayors in the Burnaby region and MP Peter Julian sent his formal greetings. The Korean Consul General also delivered a beautiful bouquet of flowers.

During the formal cake cutting, Amenida staff members dressed in traditional Korean attire – hanboks – to symbolize the importance of this milestone in Korean-Canadian history. This was followed by the singing of Happy Birthday – in both English and Korean.

Born in South Korea, Mr. Lee has a number of family members around the world, but they were unable to attend the birthday festivities this year due to COVID-19. Despite not being able to attend in person, Mr. Lee received an abundance of video messages and letters from his daughter and son-in-law, grandchildren, and great grandchildren. These heart-felt messages were recited during the festivities, following a video performance of Mr. Lee’s granddaughter’s piano piece, which was prepared specifically for this birthday milestone.

How a $1m Donation Impacts an Entire Re...